Shrinking the Circle: Reducing impact on an E3 Attack 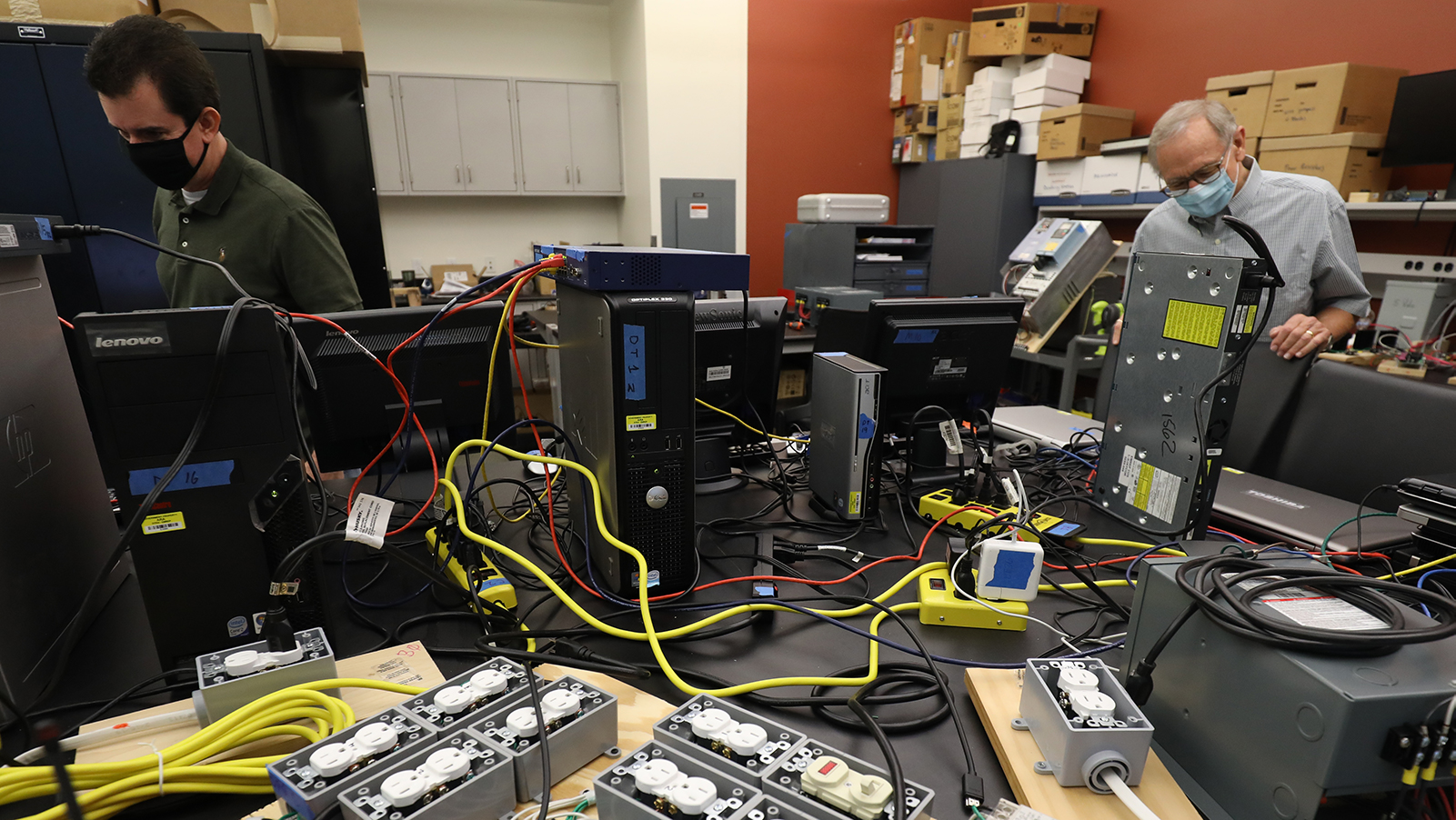 Dr. Mack Grady, professor of electrical and computer engineering, couldn’t predict that his expertise in electrical power would lead to him being involved in science-fiction worthy research. However, that’s exactly where he ended up when he found himself being recruited for national defense efforts against electromagnetic pulses (EMPs).

“I didn't know anything about it. They found me,” Grady said.

The United States Defense Threat Reduction Agency (DTRA), an agency that enables the Department of Defense and the U.S. government to counter and deter weapons of mass destruction and improvised threat networks, reached out to Grady in 2008. He has been working with DTRA since then as part of a team of experts working to assess the threats and effects of a magneto-hydrodynamic electromagnetic pulse, or E3, attack.

An E3 attack is highly effective at blacking out electrical grids by saturating the grid with a DC current for long enough to burn out the transformers. Because transformers are difficult and expensive to replace, an E3 attack could mean the loss of electrical power for an extended period of time.

“Everything has to come through these big transformers sitting there in the substation, but they’re expensive and very difficult to replace if they're damaged,” Grady said. “If you lost thousands of them in a few minutes, you're going to be without a grid for a long, long time — six months or a year. They're the target because you cannot reestablish the grid quickly.”

Grady and two doctoral candidates — Andrew Mattel, supervisor of electrical engineering design at Brazos Electric; and Chris Weldy, senior manager of transmission planning at Oncor Electric Delivery at Dallas — are researching ways to decrease the impact of an E3 by focusing on substations and transformer design. Grady described their efforts as shrinking the circle of the affected area.

“The problem is that circle is intended to knock out a big enough area of where you're going to have a disaster,” said Grady. “So, what do we do about it? How do we minimize it? Can we detect it quickly? Instead of taking the whole state out, could we limit it to part of the state? Then we could recover in a few weeks. We’re trying to size up the problem, trying to at least minimize it and make the circle smaller.”

“After a while, it begins to make sense and you realize that you really can help this problem. Baylor is a big player in this and I'm proud to be part of it.”

Because of the nature of the research, the conditions of an E3 are difficult to replicate using real transformers and substations. Grady and his team rely on simulations and data from National Lab tests for testing. They are particularly interested in the ways an E3 attack would affect the everyday customers, considering the technology that fills most homes.

“We do small scale tests. We're trying to figure out is it going to burn out all of your appliances and things in your house, or make things worse?” said Grady. “We can test things and play a wave form and they have various test data. To test the transformers, you have to really have them energized, and utilities are not going to do that. So that data proved to be a real eye-opener. We're not working totally in the dark though, we can energize loads and see at what point it will destroy power supplies, computer, all those kinds of things, which would further wreck society.”

Grady sees promise in recent data from transformer tests done through the Idaho National Laboratory. The tests have provided new information to consider in their efforts, an exciting development in the long-term project. After more than a decade, Grady is still wholly invested in the research, seeing it as an opportunity for practical solutions to a safer society.

“There were so many unknowns in there, but we've uncovered a number of things that you would just never think about. After you see it in the actual data, then you begin to figure out why things happened,” said Grady. “After a while, it begins to make sense and you realize that you really can help this problem. Baylor is a big player in this and I'm proud to be part of it.”