Marques Jones graduated from Baylor with a BSECE in 2019 and is now continuing his studies at the University by pursuing a master’s in electrical and computer engineering. Marques spent his summer of 2020 interning for SpaceX. As a follow up to the alumni video he shot as a recent graduate in the spring, Marcus discusses his internship experience over the summer, noting his preparedness for the work and his gratitude to have gained valuable hands-on technical experience and professional skills. 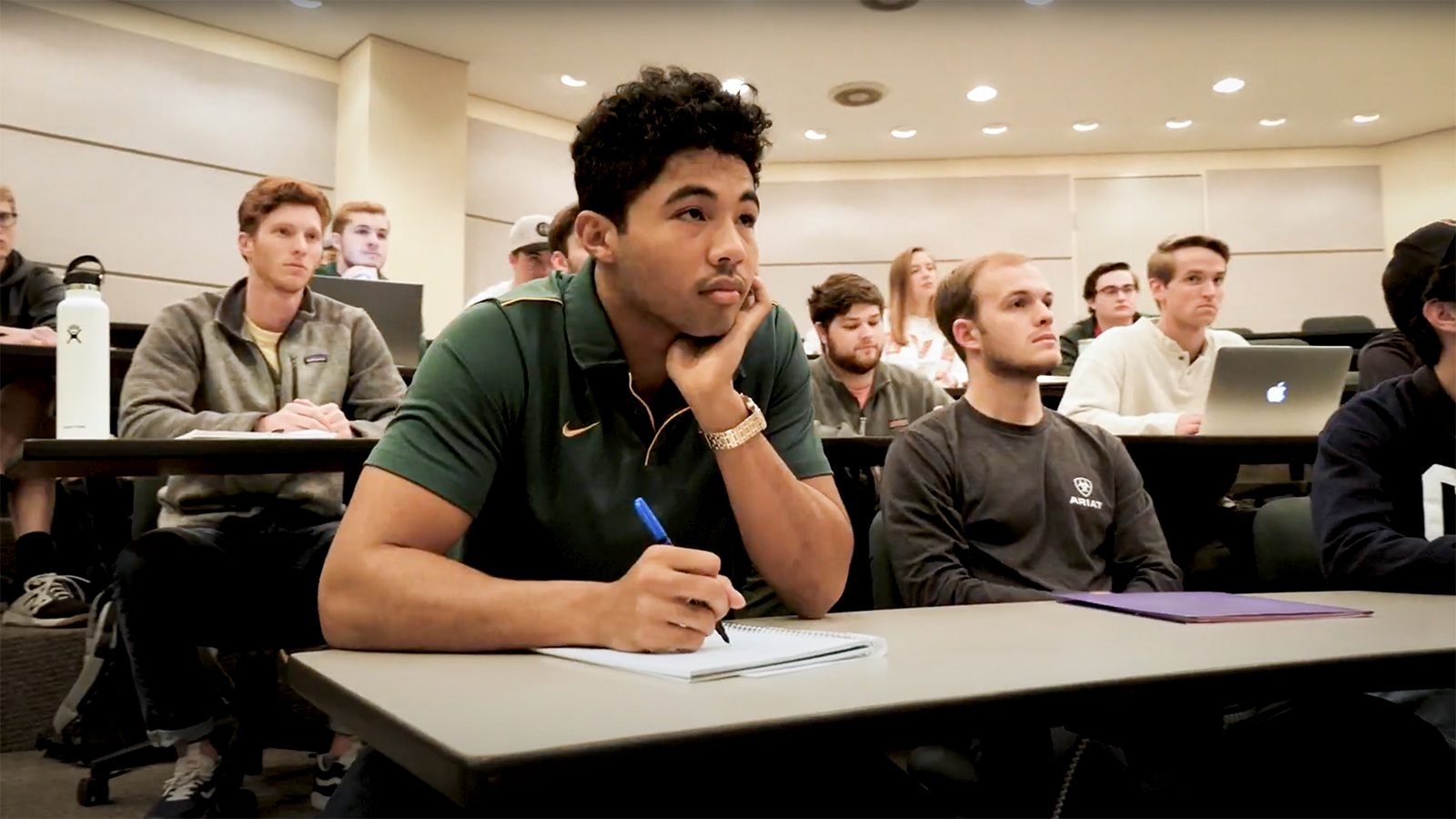 Q: How would you describe your internship?

Over the summer, I was at SpaceX in Hawthorne, California, outside of Los Angeles. The team I was on was called Avionics Build Reliability. Any sort of the hardware that was going on rockets or the Dragon capsules that had failed in the various testing, my job was to  take that hardware, figure out why it failed and then try to provide a fix for it so that it could be tested again and eventually go onto a rocket.

Also, I got to do some work on the new Starship that they are testing, designing and building right now. I thought that was super cool because that's the proposed ship that'll take astronauts to Mars.

Q: What did you learn from your time at SpaceX?

A: SpaceX is up there and is definitely one of the jobs I would love to have coming out of college. It was, honestly, everything I could have dreamed. I'd never had an internship before. SpaceX is pretty big company. They have a lot of different teams. I learned the value of communication and clearly saying what you need or what you want people to do. That's something I had to work on a lot over my internship. I learned a lot technically; I learned a lot about professional life and even the culture there. That experience was something that I could see myself doing for 10, 20, 30 years just because I liked it so much.

Q: How did Baylor prepare you for your internship?

A: I was surprised how well I was prepared. I felt like any sort of problem I'd run into during my internship, I had learned about somewhere in my classes. We were using some of the same programs that we use here at Baylor at SpaceX. I felt like I was very, very well prepared for that internship. I was very pleasantly surprised, I would say. I know some of the other interns struggled a little bit with some of that stuff, but I felt like I did a pretty good job.

Q: Do you have any advice for current undergraduate ECS students?

A: If you're thinking about grad school, just to do it. I enjoy grad school a lot — I like the research I do; I like the classes that I take; I like my professor and my research group. If you're on the fence about grad school, definitely give it a shot or at least give it more thought. I would also recommend finding an internship because you gain so much knowledge with hands-on, in-the-field work that I think is really, really valuable.